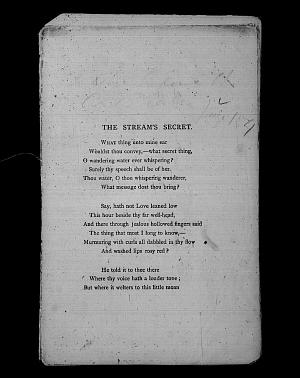 This is a set of proof texts of five poems that DGR added to his 1870 volume at the latest stage of its printing in March 1870. They comprise the second state of the revise—the first being represented by the proof pages DGR sent to Jane Morris (British Library Add. MSS. 45353), probably only a day or two before these proofs were pulled. These proofs carry the revisions marked in the proofs sent to Jane Morris, as well as other revisions not called for in those proofs.

Printed March 1870, just before the publication of the 1870 Poems in April.